Scoville Unit was founded by Drew Isleib and Gandhar Savur, who met in their freshman year of college and had an instant musical connection. Showing off their newfound musical chemistry, the next four years yielded countless late-night performances and acoustic harmony-laden jam sessions; their performances were energetic and fun, often sentimental, and occasionally anthemic. Clearly they were onto something; but it would still be many years before they officially began making albums together under the name Scoville Unit.

Isleib spent his initial post-college years releasing a number of solo records and touring at length across the country with only an acoustic guitar. “I drove tens of thousands of miles and played hundreds of living room shows … intimate shows where you are performing three feet away from a group of strangers. Sharing those experiences changed my understanding of what music and performing can be.” On the opposite end of the musical spectrum, Savur wrote, sang and played guitar in the heavy punk outfit El Secondhand, who also toured the country relentlessly in an infamous black bus, playing basements, VFW halls and the occasional small venue while building a legendary reputation in underground punk circles for their shout along anthems and energetic live shows.

A few years later, with hundreds of shows collectively under their belts, the two reconvened, bringing their very different musical sensibilities together for the formation of Scoville Unit.

There are more than occasional nods to Savur’s punk background, but sung harmonies have replaced screams, and their experienced and sturdy songwriting guarantees that you'll still be humming choruses long after each track is over. Scoville Unit are specialists in the sort of tight, crunchy, '60s-influenced pop-rock that bands like the Smithereens used to make – songs with big, baited hooks and alternately jangling and fuzz-drenched six-strings. Vocally and in their live presence, the dual frontmen compliment each other in a unique manner that only comes from years of proximity…think Jones and Strummer, or a punked up version of Hall and Oates or Simon and Garfunkel.

From the band’s very first recording session, which resulted in their debut Everybody Knows, (recorded and produced by close friend and on-and-off musical partner, Tony Senes), it was clear that there was a special magic when the two put their voices together on tape. Recorded initially as a private music project, the fantastic end result was ultimately released; and quickly created a buzz that caught the band critical acclaim, (even inexplicably charting at #1 at college stations around the country). Their intimate but exceedingly melodic songwriting, combined with the warmth of Senes' magically lo-fi analog production, created a sonic quality akin to a 1950’s band producing an album for early Lookout Records. It was a surprise of an album, that coolly and masterfully recalled a different time when all that mattered was a great melody and a meaningful lyric.

Building off the unexpectedly enthusiastic reception, the band followed the release with tours of the US and the UK, creating new fans of punk kids and their parents at the same time. They quickly followed up the album with another LP, Closed Universe, which demonstrated a more mature sound, drawing inspiration from classic rock, the Cars and even hints of prog rock.

After a hiatus to tend to some “good ol’ fashioned life livin” Scoville Unit returned in 2019 with a self-titled LP, a refined sound and a newfound maturity. Rounded out with new full-time members Kevin Shelbourne on lead guitar (who had already spent years playing with Gandhar in El Secondhand) and Rob Hunsicker on drums, the self-titled album’s thirteen songs shimmered with a reenergized approach to songcraft. A perfect blend of catchy punk rock and infectious power-pop – plus the occasional tender hearted ballad. There was still a youthful energy but the adrenaline was tempered by an awareness of adulthood and the stories that can't be told without age and experience.

The return of Scoville Unit captured hearts with an album described in the press as “pure pop rock genius”, and “winsome and infectious”. It drew comparisons to legendary bands such as the Replacements, Sugar, the Lemonheads and Guided By Voices along the way, even earning deserved praise from NPR’s All Songs Considered. Not shockingly, the record climbed the charts at many college stations throughout the country. The band also gracefully gained fans with its live shows supporting the album, rewarding unsuspecting audiences with a louder and heavier presentation of their “earnest and classic pop gems”.

Unfortunately in March of 2020, the album cycle was cut short, for obvious reasons - resulting in the cancellation of the remaining shows supporting the release. With the band unable to rehearse or perform, Savur instead fulfilled a lifelong dream and moved to Costa Rica, where for the next year and a half he admittedly spent the bulk of his existence “surfing…and eating rice and beans.” He didn’t leave the US empty handed though - prior to his departure, the band got together for the first time since the start of the pandemic, and managed to very quickly record the basic tracks for a new album. The whirlwind session, which had Drew manning the boards, captured ten newly written tracks- many of which were played together for the first time as a band during the session. Isleib and Savur then spent the next year trading tracks virtually, with Drew recording his parts in his basement studio outside of Philadelphia, and Gandhar recording guitars and vocals out of his bedroom closet in his new home overlooking the ocean, just outside Tamarindo, Costa Rica. Their efforts were brilliantly coordinating and supplemented by close friend, mixer and co-producer David Bondy, who also lent his talents on keyboards and arrangements. Bondy, another lover of timeless guitar pop, proved to be a true kindred spirit for the band, and his patience and guidance throughout the year-long simultaneous tracking and mixing process helped the group of tracks blossom into the unexpected artistic achievement that it ultimately became.

Making the most of the time and introspection afforded to all between 2020 and 2022, Scoville Unit put together what stands as their best album yet. Heavily influenced by greats such as Big Star and Fleetwood Mac, or the joyous energy of the Clash, the record goes back to their roots as a band, while brimming with a newfound confidence and mastery of their craft. It’s an album of arena-sized rock songs that are still willing to be intimately personal. Shelbourne’s guitar leads are the rare kind that you can actually sing along to; they masterfully blaze through each track, reminding listeners that this is a rock band after all. Hunsicker’s sturdy drumming guarantees steady head bobbing from start to finish. Drew and Gandhar’s back and forth vocal trading reaches new heights. The album showcases a band firing on all cylinders.

For Savur, the move to Costa Rica eliminated a lot of distractions in his life and provided an opportunity to really focus on the songs and extract the full meaning out of each one of them, which really shows in the end product. Although he was very tempted to make his move to Costa Rica a permanent one and struggled with the dilemma during his entire stay, the end result of the album was largely influential in his final decision. “The day we got the final master back and I heard the finished album was the day I decided it was time to move back home,” he says.

The album, “See What Can Be” is scheduled for release in June of 2023, and coincides with Savur's return to the United States to rejoin his bandmates in support of the record. Although the subtle and lush but adventurous production of this latest endeavor marks yet another detour for Scoville Unit, those who've been keeping score won't be surprised by their further evolution. Sure, there are some stylistic pivots but there’s also the consistent and common thread that can be traced through all of the band’s albums: their melodies, hooks and that unspoken magic they’ve been sharing with listeners around the world since Drew and Gandhar’s very first dorm room performances. Will the band’s next album continue to push further in all directions, or will it be a live-to-tape punk record? Nobody knows, but one thing is for certain – this band has truly hit its stride, and will continue releasing timeless songs for the great enjoyment of lucky music fans out there who have discovered this unknown gem of a band. 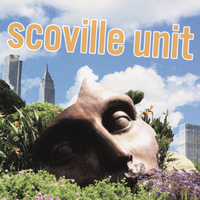 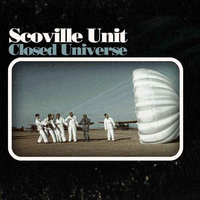 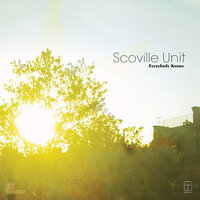 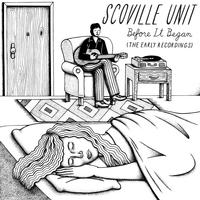 Scoville Unit - Before It Began (The Early Recordings)