In linguistics, “lingua franca” is a term for a language used to communicate across cultures. For instance, the lingua franca of the Internet is typically English; in post-colonial Africa, French is often the lingua franca. For Athens, Georgia-based rapper, linguist, activist, parent, and politician Mariah Parker (they/them), aka Linqua Franqa, music is the tool they use to communicate – and educate – across cultural boundaries. Parker is a linqua franqa for the people.

Weaving a rich tapestry of hip-hop lyricism and neo-soul hooks, Parker imbues every song with a sense of urgency and keen social consciousness. This is particularly evident on the forthcoming sophomore album Bellringer, produced by Parker, Reindeer Games, and Joel Hatstat and featuring guest spots from Jeff Rosenstock, Of Montreal, Kishi Bashi, Dope KNife, Wesdaruler, and Angela Davis. On Bellringer, Parker does not hold back, touching on issues like police brutality, social media addiction, mental health, anti-capitalism, labor organizing, among other topics ripped from the headlines.

As a county commissioner serving the poorest district in Athens, Georgia, Parker is well-versed in the forces that threaten vulnerable communities. But as the pandemic took hold and threw the world into a constant state of tragedy and unease, Parker began writing the songs that would shape Bellringer as a way to “process the crisis we were living through, and then use that as a form of mass political education.” As Parker puts it, Bellringer is about taking the “aesthetic pleasure of hip-hop to educate people about why things are so bad and what can we do about it.”

The name Bellringer, which follows Parker’s 2018 debut album Model Minority, reflects Parker’s love of language play and double-entendres. “I thought of the word bellringer in two ways,” they explain. “A bellringer is a jab to the face that knocks someone out completely, but it also invokes someone ringing the bell to sound the alarm about something.”

Parker started out their artistic journey scribbling notes in their journal during high school anatomy class and traveling with their mother, a touring gospel singer. By the time they got to college in Asheville, North Carolina, Parker started exploring slam poetry and freestyling. “There was these white boys in my dorm that would have Freestyle Fridays and freestyle together,” Parker says. “And I was like, ‘what the?’ Like, I'm not gonna sit back here with my notebook full of sick bars and not show these cats what's up.”

Parker has arguably spent their entire career to date doing just that. Channeling issues-minded lyricists like Noname, Jay Electronica, Meek Mill, and Immortal Technique on the clattering, modern day labor anthem “Wurk,” Parker directly addresses frontline employees and calls for organization in the face of exploitation. “The pandemic saw the greatest transfer of wealth from the working class to billionaires, perhaps in the history of humanity,” Parker elaborates. “I'm shouting out the people driving FedEx trucks and getting spit on in the hospital and whipping the grocery carts around the parking lot of Kroger. I’m saying, ‘Y'all don't have to take this. Come together and fight and you can get what you actually deserve.’”

Meanwhile, the album's cacophonous title track loops in Jeff Rosenstock to revisit the 1991 murder of 15-year-old Latasha Harlins, who was shot in a South Central convenience store. Both reflective and braggadocious, Parker nods to the ways that trauma like Latasha’s manifests: hot temperedness, antagonism, substance abuse, and belligerent boasting.

In the same vein, album closer “Abolition” considers the work left to do to free the people. Over a looped harmony of civil rights hero Angela Davis’ famous quote – “to be radical simply means grasping things at the root” – Parker calls out performative (and ultimately empty) gestures made by prominent politicians when members of the Black community are killed by police. The song’s outro then features Davis herself describing her excitement about the new vigor of the abolition movement after 50 years of lonely anti-prison activism. “What shocked me the most was her humility and willingness to learn from the younger generation,” Parker says of working with Davis. “She expressed a lot of excitement about the current moment that we're in.”

Bellringer is also not without its intensely personal moments: On the soulful, funk-flecked “Necessity,” Parker dissects the chaos of pursuing ill-fitting relationships in lieu of self-actualization while dropping in references to Parker’s since-passed cat Eggs and the since-shuttered Athens dive bar The Max Canada.

Later, Parker offers a sequel to Model Minority track “Eight Weeks,” where they described the difficult decision to have an abortion. Here, on the piano-accompanied “13 Weeks,” Parker, who recorded Bellringer while pregnant with their first child, ponders the joy and anxiety of parenthood.

Ultimately, Bellringer is a natural continuation of the work Parker has committed themselves to both as an artist and politician. Boiled down to a word, Bellringer at its heart is about liberation – and the obstacles that prevent us from achieving it. 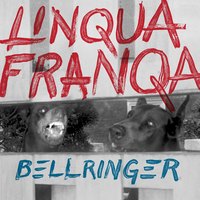