Skeletonbreath is truly one of the most original bands not only in the instrumental scene, but in the music scene in general
-Punknews.org

Not the raging metal band you might expect from the name, skeletonbreath is an innovative violin-bass-drums trio whose highly intricate instrumentals find the common ground between chamber music, Klezmer, and hard hitting art-rock
-Time Out New York

As accurate as "Halloween party music" (their description) and "Transylvanian surf rock" (my description) are in describing their sound, neither conveys how completely not campy they were live. Instead, violinist Robert Pycior's fiery strokes gave the music a restless gyspy spirit and a swooning eastern passion.
-Orlando City Beat

The band is unique. Their sound is a tightly bonded amalgamation of musical elements, set on a classical base, that defies definition. They're dynamic and disquiet- fond of sudden, explosive bursts of auditory mayhem that resonate in your head like a string of firecrackers.
-Ruberecords.org

The level of energy rivals mating hornets or a gang of veteran seagulls battling for scraps off a human skullÉ They are that band you wish you would discover one night upon walking into a random club, fulfilling an inexplicable curiosity to explore and reveal a gem amidst the urban landscape
-Thesilentballet.com 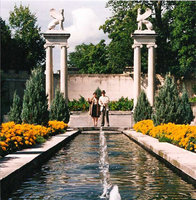 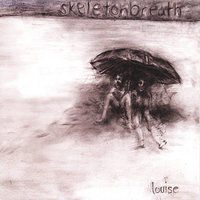