SAVAK was formed in 2015 by members of The Obits, Holy Fuck, Nation of Ulysses, and The Cops. Their influences range from '60s Texas psychedelia to British pub rock to early-'80s American hardcore.

“A potent and pointed agitpop racket which manages to balance the dark and moody with the catchy as fuck.” –Noisey

“SAVAK is the band that plays the party after the after party.” –Jersey Beat

George Washington’s famous wooden dentures were actually crafted from hippopotamus ivory, brass and gold. The teeth currently occupying the Oval Office are just made of fallacies, narcissism and slime.

Rotting Teeth in the Horse’s Mouth, SAVAK’s fourth full-length LP in five years, shows truths about these delusions in the decay of democracy, but also invoke dreams for the daughters of the future. We’re finally in a new decade we only thought existed in the distance of a dystopian science-fiction novel, faced with a waning optimism overcome by the burdening weight of pessimism.

There’s no better time than now to welcome the arrival of an album that addresses a lot of the American anxieties which have been bubbling in our collective conscience. Recorded in SAVAK’s Gowanus, Brooklyn studio as the earth literally shook around them from the mechanisms of urban renewal, core SAVAK members and principal songwriters Michael “Jaws” Jaworski and Sohrab Habibion direct you into their headspace with a fiery pool of propulsive rhythms helmed by drummer Matt Schulz that shake in your blood and seep through your most permeable pores. Lyrically, they’re navigating the complexities of everyday life and how to grow and shape a better future in the face of adversity. Musically, they’re a cohesive, balanced package of punk in all its amalgamations, the trio acting as a unit that play off of each other and with each other, always asking what the next best move might be.

And sometimes the answer is found by dancing first. “Vis-a-Vis” finds a suitable partner in the communication department before leading the way into “Listening,” an all-out assault on the current gaslighting of America by its own elected representatives. “Exposure” develops driven melodies rooted in self-reflection to keep going through “What is Compassion?,” a meditation on real estate developers and cloud servers. “Aujourd’hui” closes the A-side as a sign of blossoming optimism, written and partially sung in French as a tender tribute to Jaws’ three-year old bilingual muse of a daughter. Kicking off the flipside is “Bayonet,” a nod to the Minutemen’s “Political Song For Michael Jackson To Sing” that tackles war memorials and memorabilia, jamming econo right into the dynamic power structures of “It’s Mutual.” “How Many Duchesses” rises above to signal a call to sacrifice the sacrifices and not become diluted by societies only living through their smartphones. “I Came Alive” relives a bygone period in life, much older and none the wiser, letting loose in the spotlight for a moment, before culminating in the punk-poetry of “We’ve Been Disappearing,” a masterful turn into territory I haven’t been as moved by since hearing The Fresh & Onlys for the first time.

With contributions from Radio 4’s Anthony Roman playing bass on “Bayonet” and “Listening,” alongside guest vocalist Scott McCloud (Girls Against Boys, Paramount Styles), and Michael Hampton (The Faith, One Last Wish, Fake Names) on Ebow and string arrangements with his cellist daughter Charlotte Hampton on “We’ve Been Disappearing,” the tunes become that much richer without losing any of their carnal qualities in the mix by longtime SAVAK producer/sometime bass player Geoff Sanoff at Renegade Studios in the West Village. It takes a community to persevere.

Hopped up on a steady diet of everything, SAVAK, formed in 2015 by members of The Obits, Holy Fuck, and The Cops, are broadcasting shared sentiments that we feel when we hear—all the more illuminating during this dark and tumultuous timeline. It’s a call to action for ourselves and for each other.

Sometimes we have to punch ourselves in the face for a punchline and try not to lose our teeth.

You heard it straight from the horse’s mouth. 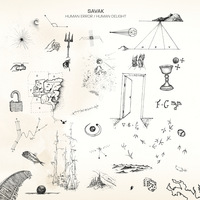 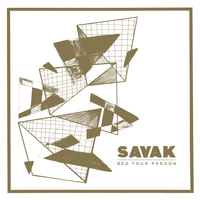 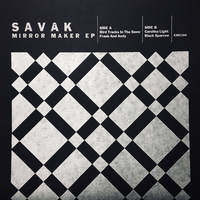 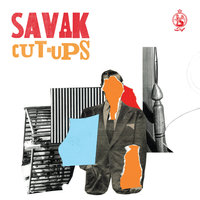 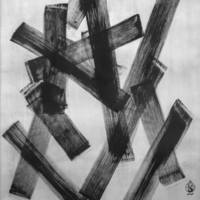