Je Suis France doesn’t have an off switch. Back to the Basics of Love, which comes out this November from the Ernest Jenning Record Co., will be their seventh official full-length album, but they’ve also released dozens of digital releases and CD-Rs stretching back to the early ‘00s. The band, which first came together in Athens, Georgia, in the ‘90s, has prepared a new release for almost every show they’ve played since 2004. Despite that long history of experimentation, Back to the Basics of Love has all the energy and urgency of a debut from a band that’s 20 years younger. It’s a record that sounds like it could’ve come out in the 1990s, the 2000s, or the 2010s, but that couldn’t have existed at any point other than now.

Back to the Basics of Love is what happens when a prolific band living in a half-dozen cities and trading songs back and forth through the internet finally winds up back in one place again. It’s the product of a series of homecomings, of multiple Je Suis France members returning to Georgia after years of living elsewhere. Four of the France’s founding members--DJ Hammond, Ryan Martin, Ryan Bergeron, and Sean Rawls (Masters of the Hemisphere, Still Flyin’)--teamed up with long-time friend and partner Jon Croxton to make the most consistent record of their lives. It’s what happens when you put all of these people in a room together and let their creativity sync up in unison, rather than working in fits and starts from afar. We won’t say it’s what happens when the France gets serious--like that would ever happen--but it is the result of a dedication and cohesiveness that they haven’t known since 2003’s Fantastic Area.

Perhaps that’s why it sounds more like that album than their more recent works. Back to the Basics of Love trucks hard through the underground rock and college radio hits that Je Suis France grew up on, juggling the postpunk concision of Wire with the agitated jangle of the Feelies and the politically-minded noise anthems of Sonic Youth. The cubist guitars of “Add Facsimile” are a jagged throwback to the days when the word “angular” wasn’t yet a rock critic cliche. “I’ve Got the Look” and “Looking for Someone Like Me” are a one-two punch of vastly different songs based around the same theme, the former with the precision, patience and ambition of Krautrock, the latter with the straight-forward slash of a punk band. “House Style” and “Shapeshifter” dial in on major riffs and dueling guitar lines, while “5-0” caps it all off with a first-pumping, beer-guzzling anthem.

Je Suis France never slowed down, despite living all across America. They worked harder and more consistently on their music while separated than when they were still college students living in Athens. Working alone in their own homes might have let them crank out a constant stream of music, but it stripped them of their greatest power: the friendship and fellowship that grows when rock solid pals with similar tastes work together to make something great. Je Suis France knows this beat inside and out, and Back to the Basics of Love is the proof of how good they are together. 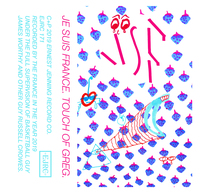 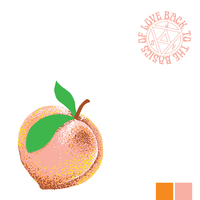 Je Suis France - Back To The Basics Of Love