High Disciple was formed in late 2015, after Chris Daly (Jets To Brazil/Texas Is The Reason/108) relocated his growing family from Brooklyn to the suburbs of Northeastern New Jersey. With a bit of distance from playing music (and a healthy affinity for Jamaican dub and reggae music), he decided to forge a new musical path in that vein. After connecting with solo artist and producer Larry DiGiovanni (Dub For Light), the pair soon discovered a shared history in the hardcore scene, as well as a deep appreciation for both Bad Brains, The Grateful Dead, and some deep dub and classic rock influences. Adrian Sherwood's production, namely on the Primal Scream dub remix album Echo Dek, as well as The Verve's first couple records, also served as a musical road map as to where they wanted to travel.

The duo started with free-form jam sessions, and soon enough, songs started coming together with a natural, effortless flow. They recorded a 3 song demo in the fall of 2015, and soon after brought guitarist Scott Saint Hilaire -- a seasoned guitarist rooted in surf, dub, and hardcore music -- into the fold. This allowed the band to add more dimension to their then studio-driven sound, and to adapt it into a live setting. Now solidified as a 3-piece, the music started coming at a brisk pace. Live shows followed suit, including supporting Chris' old band mate Garrett Klahn's The Surrounding Areas, as well as Into Another and Supertouch on subsequent tours. The band self-recorded and produced their debut album at a comfortable, relaxed pace in their own Vibration Sound Studio space throughout 2017, with DiGiovanni at the controls. They linked up with Ernest Jenning Recording Company in the fall of 2017, and will release their debut LP on June 1st 2018, with shows to follow. 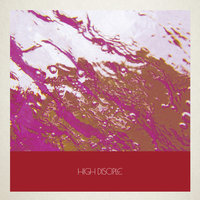