In 2000, Doug Kabourek, under the newly assumed moniker Fizzle Like A Flood, finished his debut recording, a concept record about horses, Hollywood, hopes and failures. Or at least that what it seemed to be. Further inspection revealed endless subtexts, a personal link with the dilapidated Aksarben racetrack in Kabourek’s home of Omaha, NE, and even some thinly veiled comments on the folklore of the final days of the original Beach Boys. Add in the fact that the album was sequenced in reverse order, with the story’s triumphant introduction closing the record, and you begin to grasp the original voice contained in these 10 tracks. Beacon of modesty that he is, Kabourek pressed up only 100 copies of the disc with homemade artwork, didn’t even bother to master the recordings, and sent out a handful to some lowly press outlets in hopes they would take a minor interest.

The record was called Golden Sand and the Grandstand. The lucky few who heard it were bowled over by a record that featured epic home production alongside moments of almost completely stark acoustic introspection. There are moments of pop perfection throughout, sweet simple tunes that have dotted mixtapes for years, and tongue in cheek passes at pop hits (OMD’s “If You Leave”) and pop culture benchmarks (Bobcat Goldwaith’s cinematic disaster “Hot to Trot”). Reference points include The Flaming Lips, Guided by Voices, Ben Folds and even hints of the Faint. The feel of these songs has colored the rest of Kabourek’s work, from 2002’s stripped down Flash Paper Queen: The 4-Track Demos to the over the top sonic grandeur and conceptual styling of his 2004 self-titled EP, and even in the more subtle instrumental compositions of 2001’s hard to find Love single. He has become that name everyone in the Omaha music scene knows, but few can actually put a face to. He’s even been approached about turning Golden Sand into a stage musical. Consider that when assessing the impact that those 100 CDRs made.
5 years later, after receiving national acclaim, and realizing a great record has been left largely unheard, Kabourek has finally officially released Golden Sand. Newly mastered, and featuring artwork by the legendary Frank Holmes, the man behind the original art for SmiLE, another recently completed concept record, Golden Sand and the Grandstand is off and running. This is where the legacy of Fizzle Like A Flood began, this is why they invented the term “hidden treasure.” 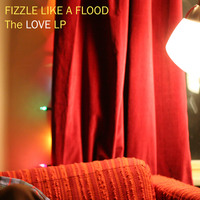 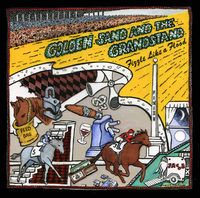 Fizzle Like A Flood - Golden Sand And The Grandstand 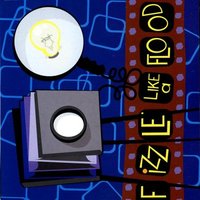 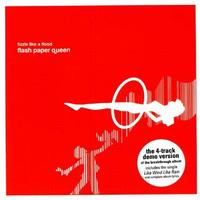 Fizzle Like A Flood - Flash Paper Queen - The 4-Track Demos