Not gonna lie, Topeka, Ks, where I’m from, and where three-fourths (Danny Pound, Dan Benson, and Brad Allen) of Vitreous Humor were born and raised, has always been a bit of a cultural wasteland. A deep record collecting friend has occasionally challenged me to name an album, single, or band circa the 1960s-1980s to have come out of Topeka. Apart from that constant staple of classic rock radio, the band Kansas, of “Carry On Wayward Son” fame, you really can’t. (In fact it could probably be argued they actively contributed to the aforementioned cultural wasteland). But in the late 1980s, three Topeka kids with a deep and abiding love of the Beatles who’d known each other since they were pre-teens started making music together in one of their parent’s basements. Seems like a story as old as time really, but in the span of just a few short years they managed to blaze incandescently, leaving a handful of singles and one “nearly” full-length recorded testament to their brilliance that will forever put them down as one of the best rock bands to ever come out of the midwest (and most certainly Topeka, for sure).

If I’m talking a lot about Topeka, it’s because the story of Vitreous Humor is also one of geography. Pre-internet, high school days in Topeka you had few options if you wanted to find out about bands, and they mostly entailed driving to the nearby college towns of Lawrence and Manhattan, or heading further east to Kansas City & its smattering of record stores and all ages clubs. If you were really lucky, you maybe had a friend with an older brother already in college that could dub you a Slint cassette. You would pile into the Vitreous Humor band van to go to Lawrence and catch Dinosaur Jr. at the KU student union, or drive to Manhattan on a weeknight in a blizzard and back to see the Flaming Lips at a warehouse space, when they were still obscenely loud and acid damaged and not yet rolling around on stage in giant plastic hamster balls like absolute cornballs. You go to Lawrence to pick up an Unrest album at Love Garden Sounds, or the Groove Farm in Kansas City (where future Vitreous Humor bassist Brooks Rice worked) to buy the Superchunk “Slack Motherfucker” single and a Caspar Brötzmann t-shirt. It begins to dawn on you that a local band at a college house party —whether it was Lawrence’s Zoom, or Manhattan’s Truck Stop Love –could absolutely be as good as anything you hear on the radio or in the new arrival bins at the record stores.

Vitreous Humor were almost ​​preternaturally great even in high school, writing songs way beyond their years with a knack for melody born of their love for the likes of Big Star, the Beatles, and Teenage Fanclub. But post high school and a move to Lawrence in 1993 precipitated a major shift in the band; the gigs became more frequent at clubs like the Hideaway in Lawrence, and the legendary all ages venue the Rhumba Box in Kansas City. They met Brooks Rice at Hashinger Hall, the “fine arts” college dorm at KU where the art scene kids congregated, and which had a space on the ground floor to host the occasional show. The scene Brooks was coming out of in Kansas City to Lawrence was nosier, and more post-hardcore than the one in Topeka, with Rites of Spring influenced bands like Germbox, Giants Chair, and Boys Life being the order of the day. Once Brooks, Dan, Danny, and Brad linked up both the sound of the band as well as the themes explored began to shift — songs of high school romance began to fade in favor of something much more cryptic and original. The lyrics became more oblique and imagist as main songwriter Danny Pound seemingly took some kind of inspiration from his distant relative, the poet Ezra Pound. The band began to rock harder, the songs became more wiry and complicated, full of nervous tension. The rundown communal home a bunch of us lived in circa 1994-95 practically levitated during rehearsals, but even as the music became more ferocious, Danny’s inborn sense of melody was never really abandoned —the songs always nothing if not memorable.

A raucous Halloween house show in drag, blistering gigs at the Bottleneck, Boys Life and Vitreous Humor at the Outhouse, with Rodan at the Rhumba Box, CMJ in NYC, tour with Archers of Loaf, labels calling. A major label exec hanging out in our shitty house’s living room offering to pay for the band’s college tuition. A hard pass, because why would you do that when you’ve read Steve Albini’s “The Problem With Music”, can record with the great Bob Weston, and, y’know, actually make lasting art on your own terms? For what it’s worth, as a friend who was there, I think it was the right decision. Maybe it took a little longer for the rest of the world beyond Topeka and Lawrence and Kansas City and Manhattan to catch on, but you can hold the proof in your hands, right now, if you want. 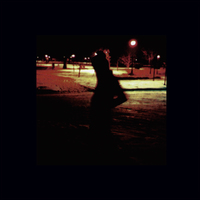 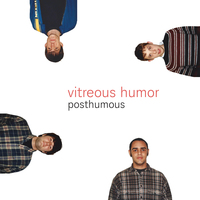