Following a move to Athens, GA from Jacksonville, FL, Youngblood and Carter settled into the storied scene and recruited veteran song slinger DeRoeck (who had previously moved to Athens following his tenure in Woods) to round out the band’s central songwriting unit. If the result is a tightly-spun collection of hooks that sounds like longtime friends making music for themselves with the hope that others would also enjoy it, that’s by design -- that was precisely Blunt Bangs’ plan all along. As Carter attests, “This band gives me the opportunity to play music with my friends that I would love listening to. We made a record we wanted to hear.”

While members of the band have earned their stripes in critically-lauded projects, the record also owes some of its polish to seasoned producer/engineer Drew Vandenberg, whose prior credits include works with Of Montreal, Drive-By Truckers, Toro Y Moi and more.

“Reggie and Christian both bring something different to the table as songwriters and how they approach music, but they complement each other perfectly,” says Vandenberg of making Proper Smoker. “Reggie is meticulous, Christian is instinctual. Then you throw in Cash's enthusiasm and energy behind the kit and it makes something special.”

The record took shape as Carter assumed the role of Chief Operating Officer at Kindercore Vinyl, a record pressing plant in Athens he co-owns with Dan Geller and Ryan Lewis, the duo at the helm of legendary indie label Kindercore Records. Youngblood began working at the pressing plant in 2020 during the COVID-19 pandemic, giving the band creative license to use the industrial space as a location to rehearse and safely film the music video for “Decide,” the record’s infectious lead single.

After nearly a decade of international touring with Black Kids (which included appearances at massive festivals like Coachella and Glastonbury) and sharing bills with acts like Cut Copy, Kaiser Chiefs, and Kate Nash, Youngblood refocused his attention on making the Blunt Bangs LP his top priority.

“Like quite a lot of artists before me, after committing a significant amount of time to one project, I wanted to switch up my mode of songwriting and work on ideas that didn’t quite feel right in Black Kids,” says Youngblood.

“Odessa,” a song penned by Youngblood for the record may be the closest track in the bunch that harkens to his previous act. The song veers into slinky doo-wop, but steers clear of nostalgia. If there’s a mantra on the record, it might come here in the form of Youngblood’s vocal, “We don’t get points for trying, but we’ve got to try a little.”

DeRoeck’s contributions include the hopped-up “Speed Reader” and “Silence Is Golden,” a sleek reworking of a song that first appeared on recordings during his tenure with indie-rock darlings Woods. This punchy rendition shows the band displaying its chops while also conveying a pop-sensibility that echoes luminaries like Superchunk and Built To Spill, influences that are apparent throughout the LP.

“The first time I saw these guys I lost my shit,” says DeRoeck. “No one I knew was doing that kind of Teenage Fanclub-meets-Matthew Sweet-style power pop. I was already playing in a couple other bands at the time, but when the opportunity to join the Bangs came up, I absolutely had to be part of it.”

After a tumultuous year for… well, everyone, Proper Smoker offers a pleasant escape into a sonic landscape where guitar-driven rock is still alive and well. “This is supposed to be power-pop,” says Carter of the record’s ebullient sound. “We’re not trying to reinvent the wheel.” 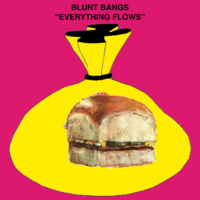 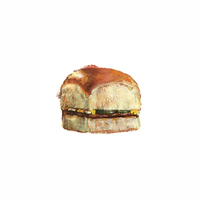